I was struggling to find time to get out for this months hike in my 12 Hike Challenge. However, whilst visiting a playground in Brooklyn NSW with my kids, we looked across the water to Dangar Island and thought it would be fun to explore. I still had a “single peak hike” in my list so I decided it would be awesome to climb to the islands highest point!

So on Saturday, whilst my daughter went to a friends birthday party, my 5yr old son and I made plans to visit the island. After looking for fish by the wharf we caught the little ferry across the water. My son spotted different trees on the island and explained that we need to look for coconuts if we ran out of food. The ferry swung by Little Wobby before heading over to the island. The other passengers were getting off here too. We started by popping into to waterfront cafe for an ice cream then visited an awesome little playground which had the islands only public toilet (that I could see!). 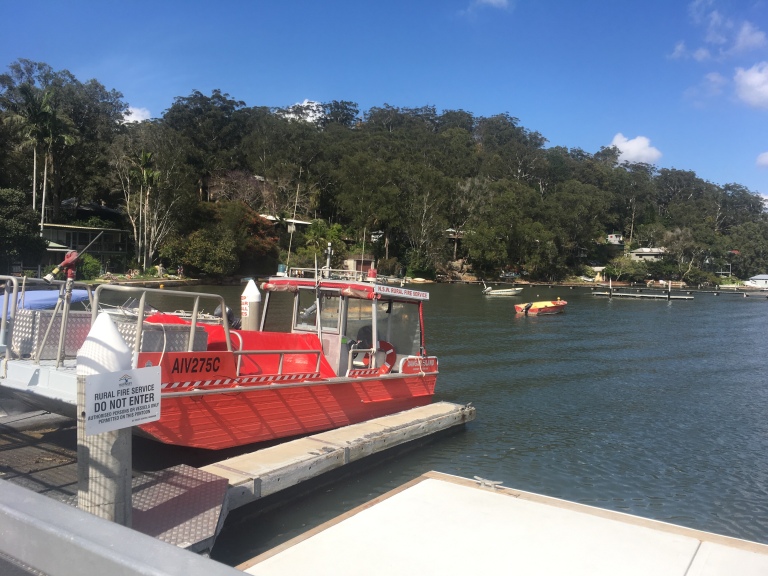 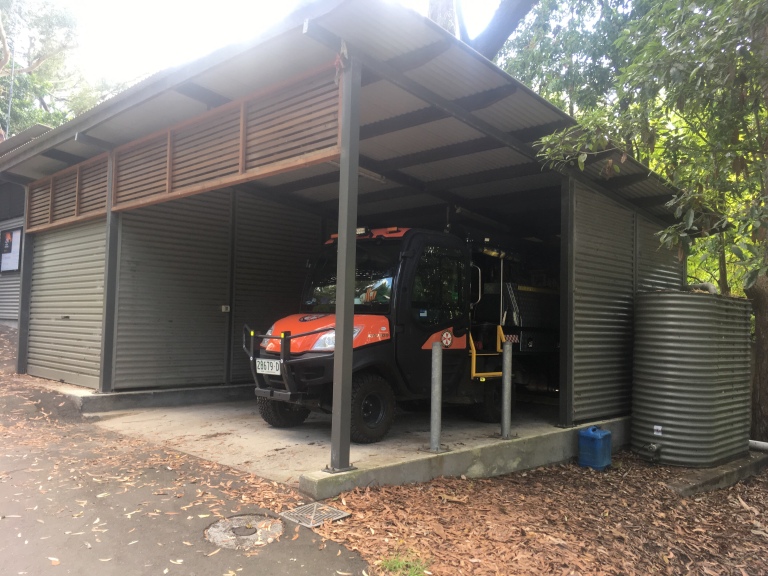 We caught a glimpse of island life. There were no real roads, only tracks around the island. There was a golf buggy that took people from the ferry to their homes. There were lots of bikes at the ferry terminal so folks must pedal down to the wharf each day to catch the ferry. Folks also took large loads of shopping on the ferry which was understandable as they were quite cut off from luxuries such as home delivered groceries (would drone deliveries change that in the future?). There were some amazing gardens and they were obviously a source of pride for the locals. There was a bowling club that featured a somewhat uneven pitch and a little store that I didn’t go into but sold books about the islands history.

My son and I started walking. I had intended only a short walk but missed the turning so we went right around the island (there were not that many options so how I missed it I don’t know!). My son took my phone and starting hunting for the unique Pokémon that lived on the island (there is a game he loves that uses AR to find and train virtual creatures). A young girl jogged past us and I thought that the tracks made an ideal running route. Some homes had odd contraptions at the front and I realised that they were pulley systems to take deliveries from the track up the steep hill to their homes.

We noticed a large number of caves in an undeveloped area and then saw one with a plaque attached to it. It said that the area was home to aboriginal artifacts and that they were not to be disturbed. We peered into the cave and noticed a shell midden and wondered what else was nearby. We returned to the track. There were a few homes for sale and I immediately imagined myself living there. My son thought the same as he said that he didn’t want to save up his pocket money for a fish anymore but wanted to buy a house instead. Earlier in the day he told me he wanted to buy a boat! I like how he thinks. He’d love this lifestyle.

He found a track that went into the bush but I said we would keep walking until we reached the proper track as I wanted us to respect the area. We went up a set of stairs but realised it was leading to someone’s house so we quickly scooted back down. We finally found the track we wanted and started our climb. After about five minutes we were at the top! 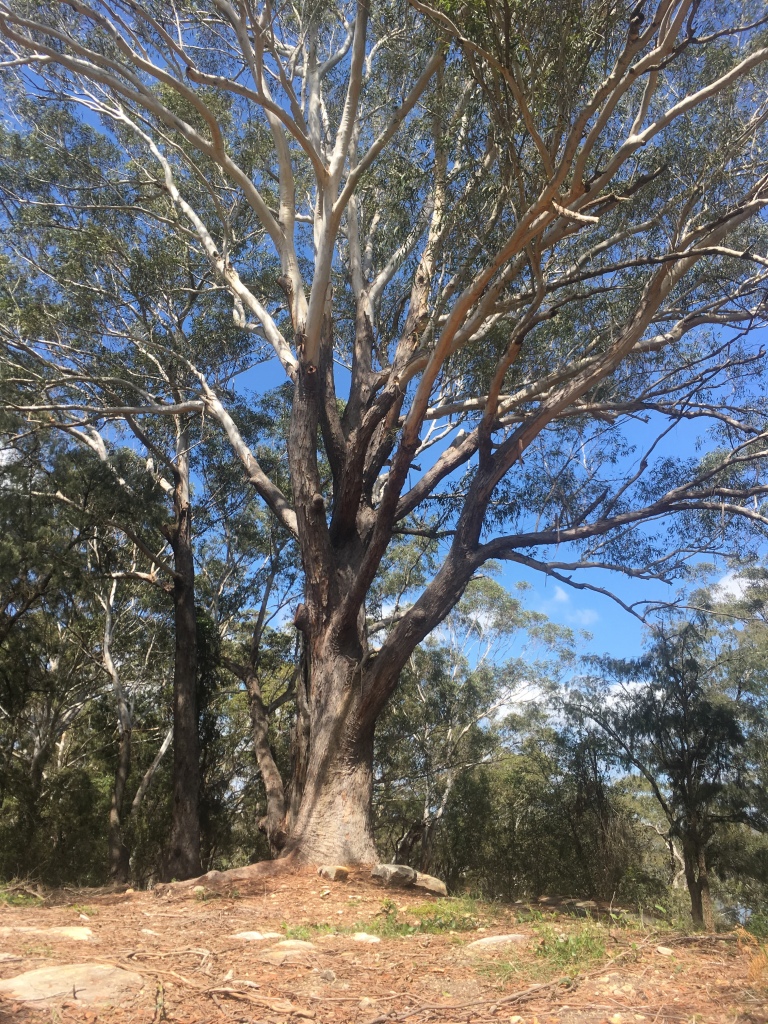 There was a large tree that seemed to mark the high point so we sat under it and had a bite to eat. There was a odd bug that we had not seen before and I suspected it was a tick so I didn’t want to linger. My son searched for Pokémon on my phone and pointed out a “gym” nearby. We decided to try to find it. We soon found a track that led straight there. I love it when the virtual world leads you to someplace amazing. We found two large rock pool and then noticed a plaque that informed us that there were aboriginal engravings around. It took a while to find them as they were so faint but I believe we found engravings of a whale and a wallaby. There could have been more under the leaf litter but if so they can stay safely under it. 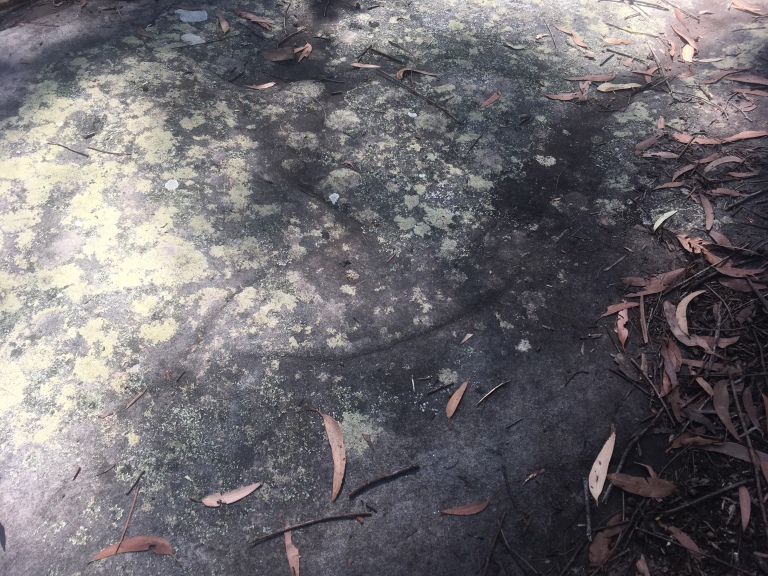 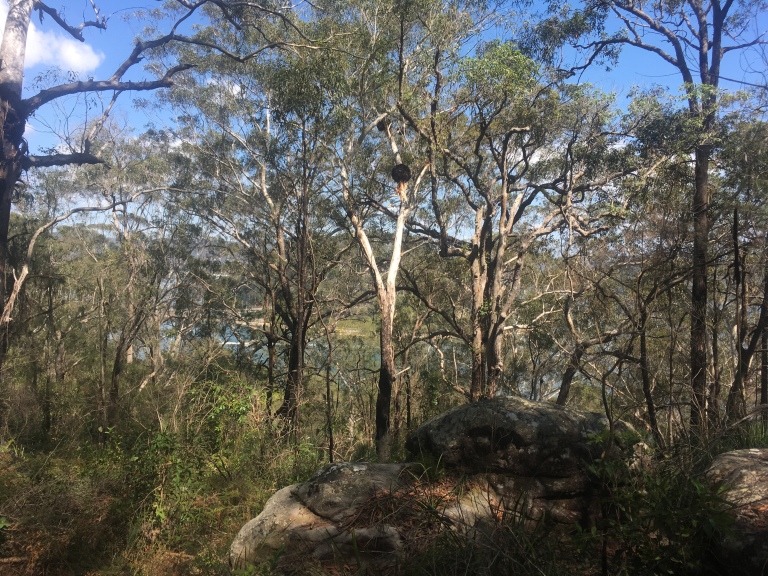 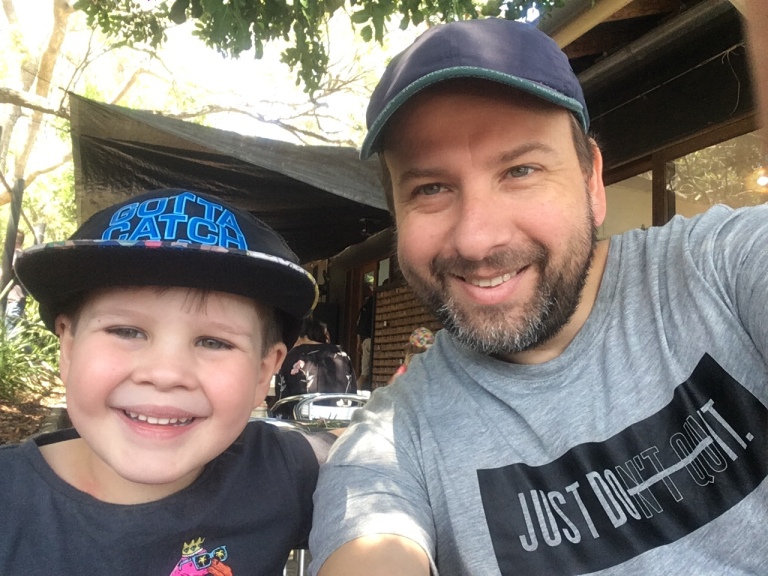 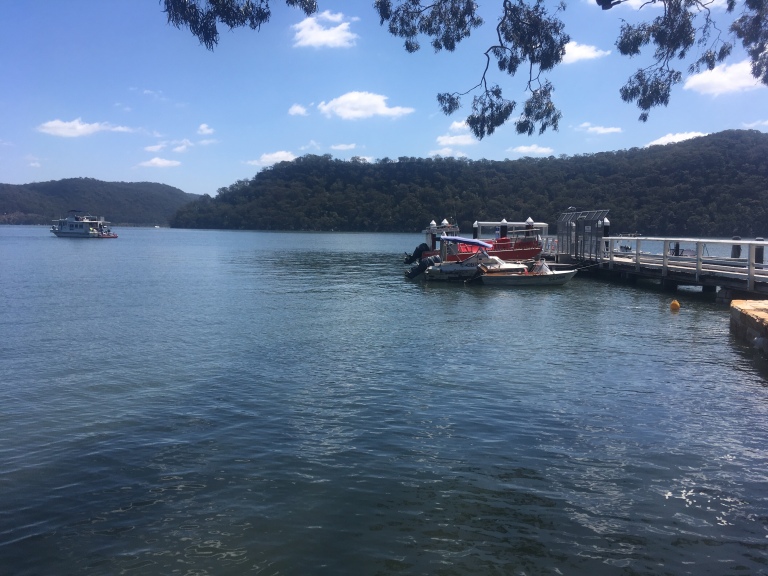 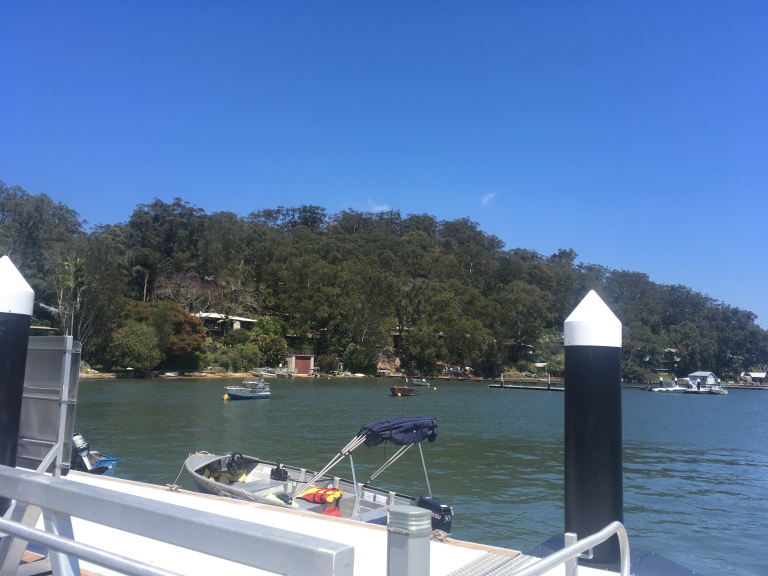 We saw a track leading down the hill and thought that it might join up to the caves. My son was getting tired so I gave him the choice to explore the track or take the quick way back to the wharf. He thought for a while then decided he was done for the day.

It was a quick walk back to the wharf where we waited in the cafe for the ferry. Food and coffee was lovely so I recommend popping in. The ferry ride back was quicker than the way out as it avoided Little Wobby and just went direct to Brooklyn (note it’s cash only in the ferry). It had been a fantastic little day out with no dramas and a sense of discovery. My son told his sister all about his big “Hike”!

11 thoughts on “12 Hike Challenge: The highest point on Dangar Island!”