I have been walking for charity to raise funds for OneSight! 100/100km done! With this walk I’ve met my distance goal!

The bush was exceedingly dry, and last week had been scary with numerous spot fires popping up around town (some deliberately lit…) so I changed my plan away from doing a walk in the Blue Mountains to doing one of the urban bushwalks that make Sydney a very special place to live. I had considered doing the Spit to Manly walk but I needed to put some kms in if I was to hit my 100km OneSight charity goal before the challenge ended! I found an awesome website that was dedicated to walking coastal Sydney and I decided to just go and walk from the Sydney Harbour bridge to Manly – a 30km walk! (It actually recorded on the apps as 35km as I added a loop around Cremorne). There are lots of photos in this post! It’s the most photogenic Harbour in the world and I can’t resist sharing!

Sydney is lovely before the crowds hit. It would be  nice to just sit and watch the Harbour and it’s iconic ferries with a cup of coffee and start the day well. I didn’t do that of course!  I took the lift up to the path along the Cahill Expressway that led from circular quay to the Sydney Harbour Bridge. Although it’s  a path next to an expressway it offers an amazing view of the city and is well worth a visit. I was soon on the Harbour Bridge itself and noticed that the entire population of Sydney is actually training to be athletes… it must be illegal to just walk as EVERYONE was out jogging across the bridge. I swear I was the only one taking it easy!

At the end of the bridge I had some options as to where to walk but I followed the route on the website – note that this isn’t marked at all on the street so you can make up the route a bit. I felt like a coffee so I stopped in at an awesome little cafe hidden away called “The flying bear”. I wish I had taken photos inside as it was very nice, mixing shabby chic with woodgrain and pot plants, all looking out on a little bay. I’m going to call it and say they do the best pear and raspberry bread in Sydney!

After refuelling the walk took me around Anderson Park and then Kurraba Point where there was a lovely area to have picnics. There was a lovely community garden and the old residence of May Gibbs, an Australian children’s book writer and artist.

I then took the loop around Cremorne Point. This area had a sliver of bushland around its edge which was being looked after and restored by the local bushcare group. The forward tip was a much larger bushland Reserve with a playground and a little bushwalk to an old lighthouse. For some reason all of the playgrounds were empty. Sydneysiders really need to make better use of what this city has to offer. 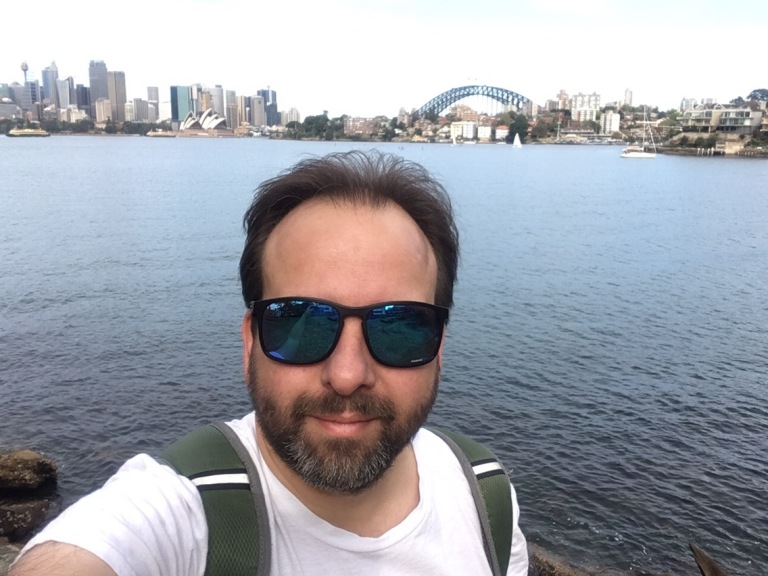 Oh, brush turkeys were everywhere, out building their mounds. 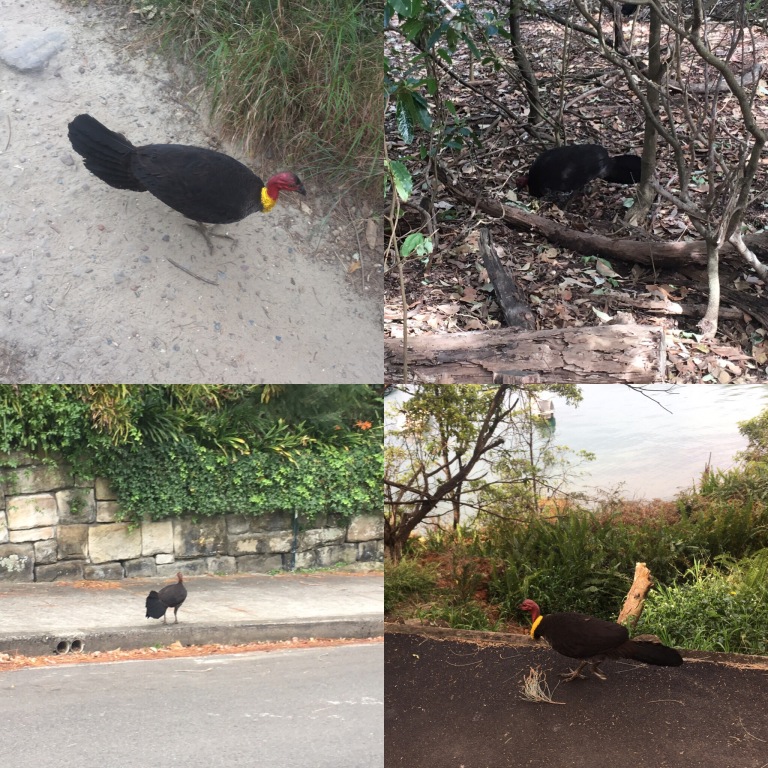 I then walked the edge of Mosman Bay and Chowder bay. Both beautiful in their own right with little gardens and amazing views. 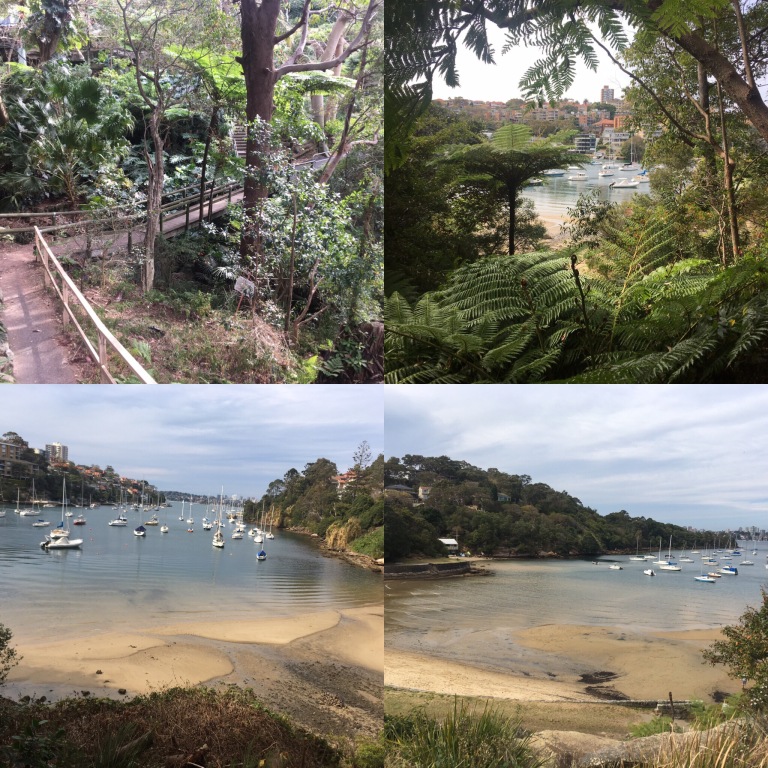 The walk was getting prettier with each bay! I passed Taronga Zoo, tempted to go in, and carried on walking until I reached Bradley’s Head, which was essentially one giant war memorial. There was a strange roman column sticking out of the sea and it looked like an ancient ruin. Being Australia, ancient usually meant no more than one hundred years ago! It turns out that it was an old column used in the main post office back in the day. When that building was replaced two of the columns were moved to points in the city to use as distance markers. It represented one nautical mile from the centre of Sydney. There were four other columns but they disappeared over the years. There were many more sights to see and it is well worth a visit, but I pressed on toward Balmoral beach. There was an extremely steep road walk that hurt and then it was all downhill from there! 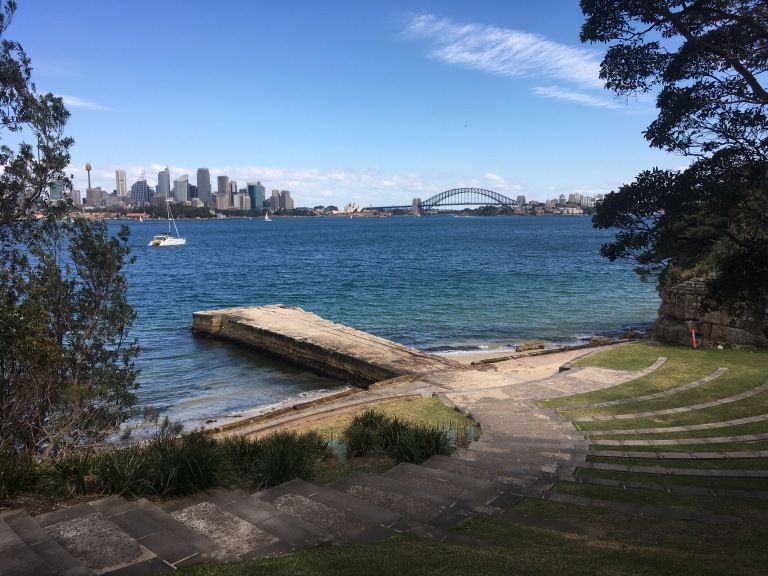 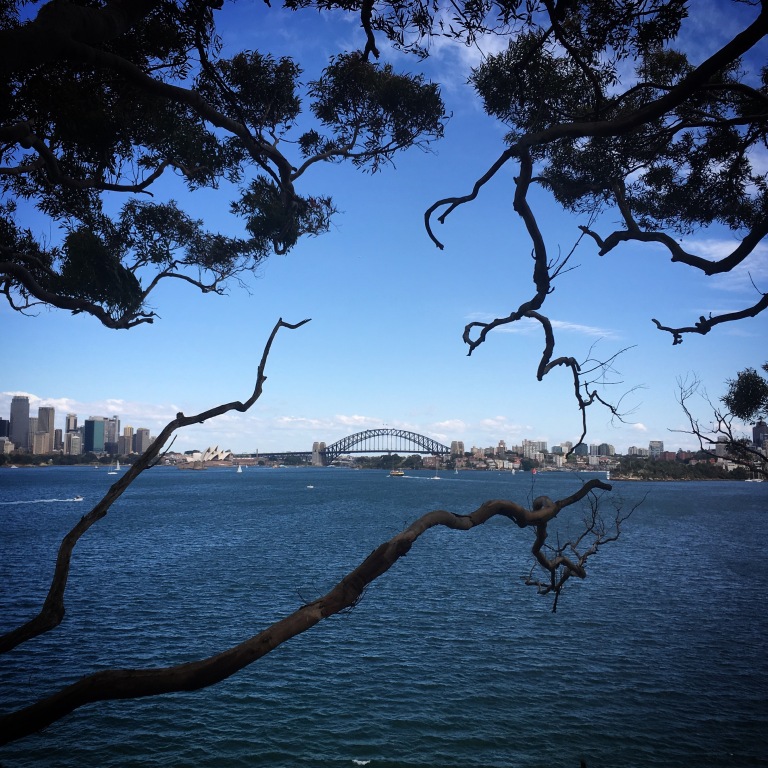 At Balmoral I ate at “Bottom of the Harbour” which does the best fish ‘n’ chips in Sydney! Then I considered whether I’d had enough of walking! I seriously considered ending the walk there but I wasn’t sure how many weekends I would have free in the near future for bushwalks so the need to reach my 100km OneSight walking goal won out!

I walked to “The Spit”, a reserve that left me bamboozled as to it’s popularity. It was next to a crazy busy road and was drowned in traffic noise. Not a place I’d like to take the family. I passed through pretty quickly and I’ll admit the pictures turned out okay, but still not my favourite place. There was a little lighthouse hidden away somewhere around here that seemed to be a similar design to the others I had seen. I was now walking on the iconic “Spit to Manly” walk. I would recommend starting at Clontarf to avoid the Spit though! It turned out to be quite pretty and became spectacular as it went through the headlands at Balgowlah Heights. There were some faded aboriginal engravings around here that I couldn’t get a good photo of and were a nice surprise. There was a short walk along a beach that I had to abandon as the tide came in, though I cannot remember precisely where! 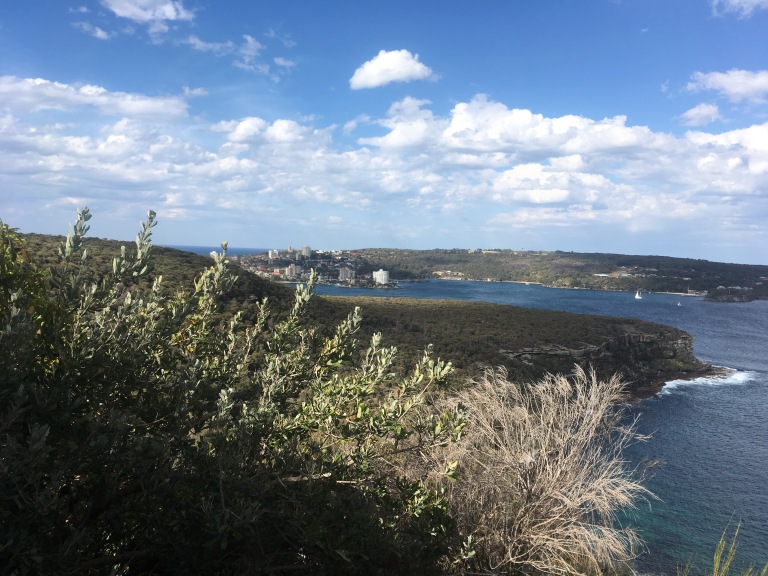 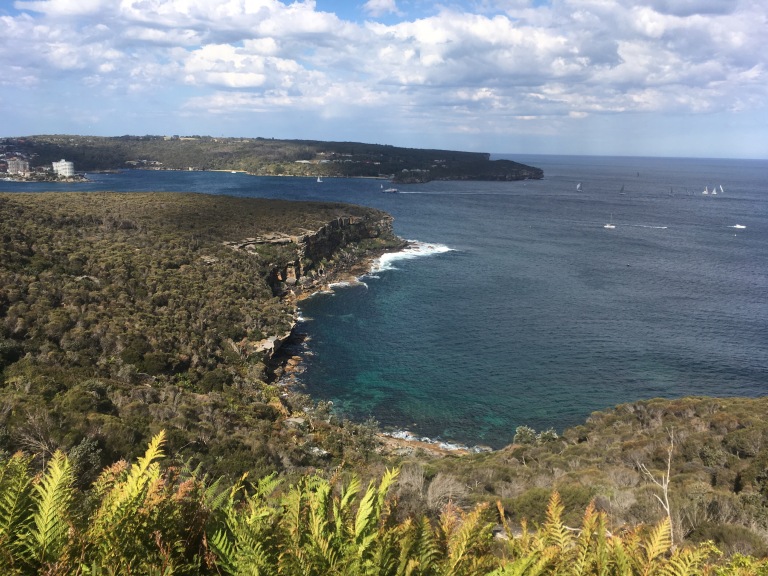 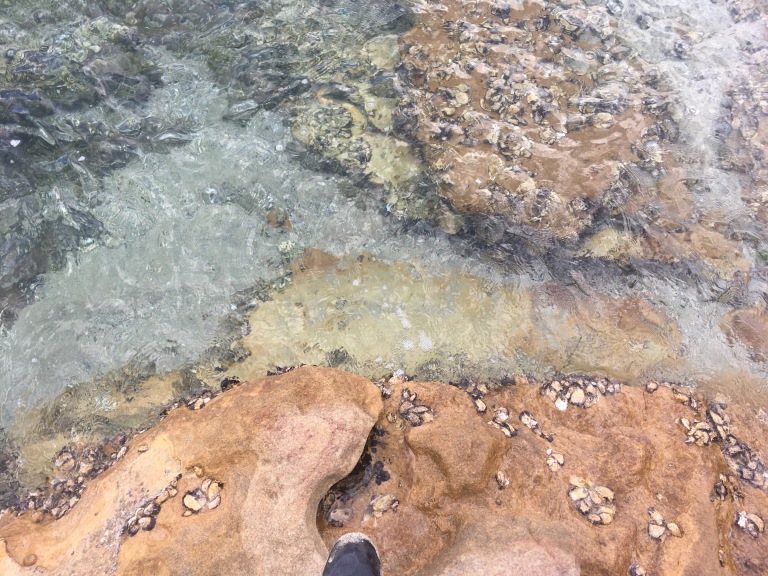 My phone battery was almost gone after taking so many photos! I made it into Manly 8.5 hrs after starting and had walked 35km! I was thrilled as this has just put me over the 100km mark and I had achieved my distance goals! I have raised twice what I set out to raise too! I’m really pleased with myself and will do some bonus miles for any extra funds received!

Completely shattered, I caught a ferry back to the city and took one last parting shot at north Head before my battery died completely. I’ve decided that I will return and walk North Head from Manly sometime in the summer as it promised to be just as pretty as this walk!