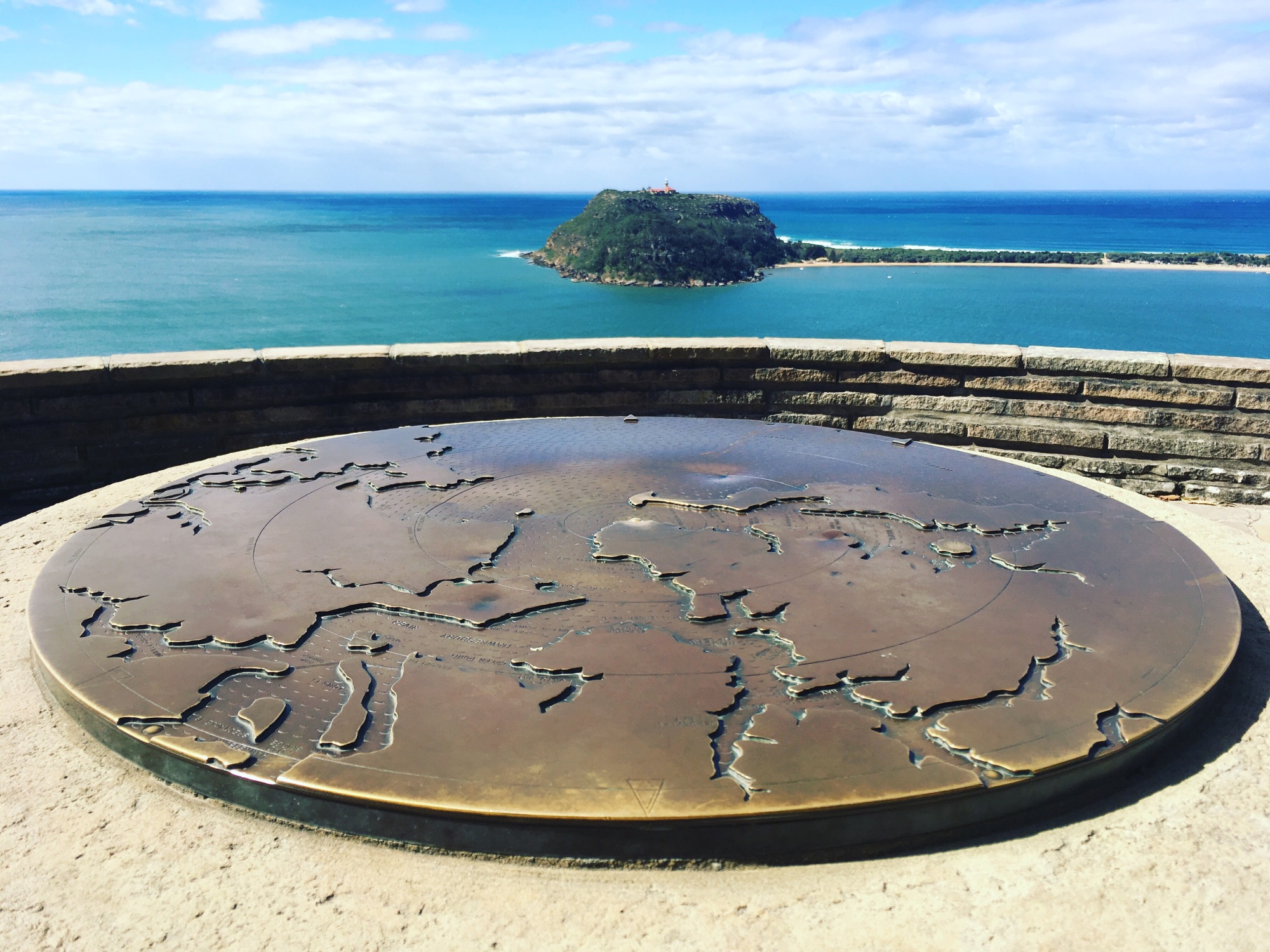 Walks in the Wild for OneSight Charity Walk – 55/100km complete!

Today was such a lovely day! I long had my eye on the resolute picnic area in West Head, Kuringai Chase National Park as it had a gorgeous lookout nearby and a short Aboriginal heritage trail that promised cave art and engravings.
So my family and I headed out early and went straight to the lookout. We were hoping to see whales as some had been spotted in the area but none today. My daughter was ready to hit the trails as there were three different ones heading away. One descended to a small beach, another toured the remains of some world war 2 fortifications, and the last one headed over to our picnic area. We drove to the picnic area so the kids had enough energy for the main walk. Here are some pictures of West Head lookout. I highly recommend a visit. 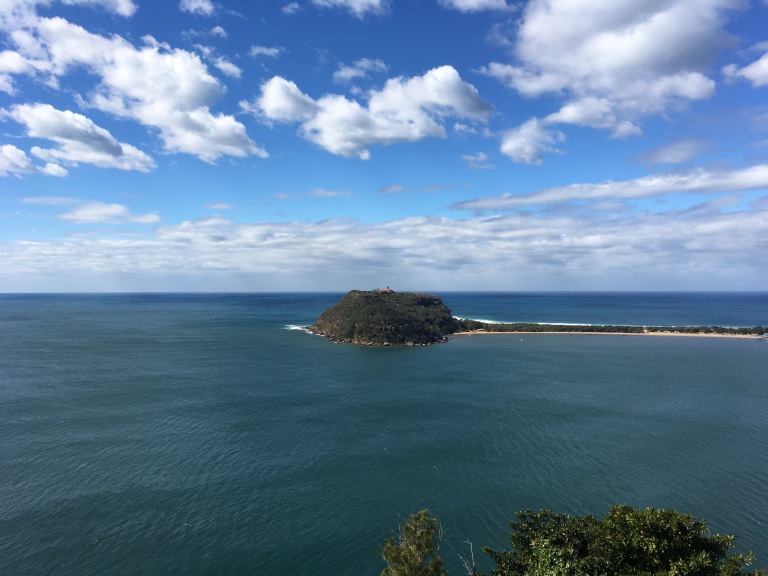 Our first piece of business was to eat! So we took over a table at the picnic spot. My son was a little concerned about the too friendly brush turkey that circled the table. It was obviously used to people. We headed off on the walk after a quick visit to the loos. It was only a short walk to the turn off for Red Hands cave. There were a lot of wildflowers around and I tried to photograph every different type. We climbed on some boulders with some interesting cracks and heard voices below. We quickly realised that we were standing on the back of the cave we were looking for! So down we went. The cave was the usual sandstone overhang type typical in the area but the geometry and location had preserved a few hand prints. They were made with red ochre and were thought to be up to 2000 years old.

Pretty awesome! We then carried on walking and I tried to follow the description in the trip notes rather than just looking at the blooming map and I led us down the wrong route. Still the walk was very pretty! There were some more caves and lots of boulders amongst the bushes. Sometimes a wrong turn is a right turn! 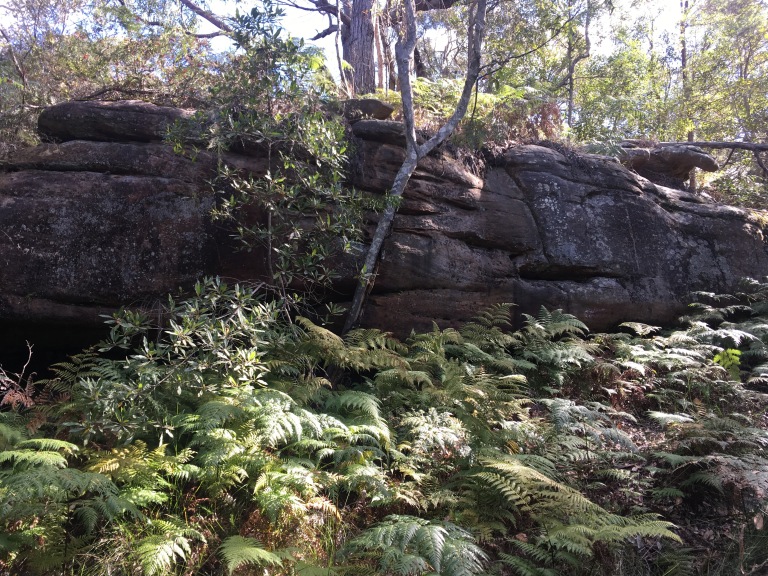 I realised we were descending too far so I pulled out the map and discovered that we were on the track back to West Head lookout! So we turned around and climbed up the stairs, to the sounds of grumbling kids, until we found ourselves back at the picnic area. My son announced loudly to any folks passing that “we’ve gone the wrong way!” Thanks mate. One last look at the map put us on the right track. We walked on a wide service trail and the wildflowers were abundant! Soon we found the engraving site and it was fantastic! We found a fish, two eels and a hunter. There also seemed to be a large fin shape but we couldn’t see anything connected to it. The hunter was unusual in that just below it there appeared to be a disembodied leg and I wondered whether that was just a practice engraving or whether there was a story behind it. 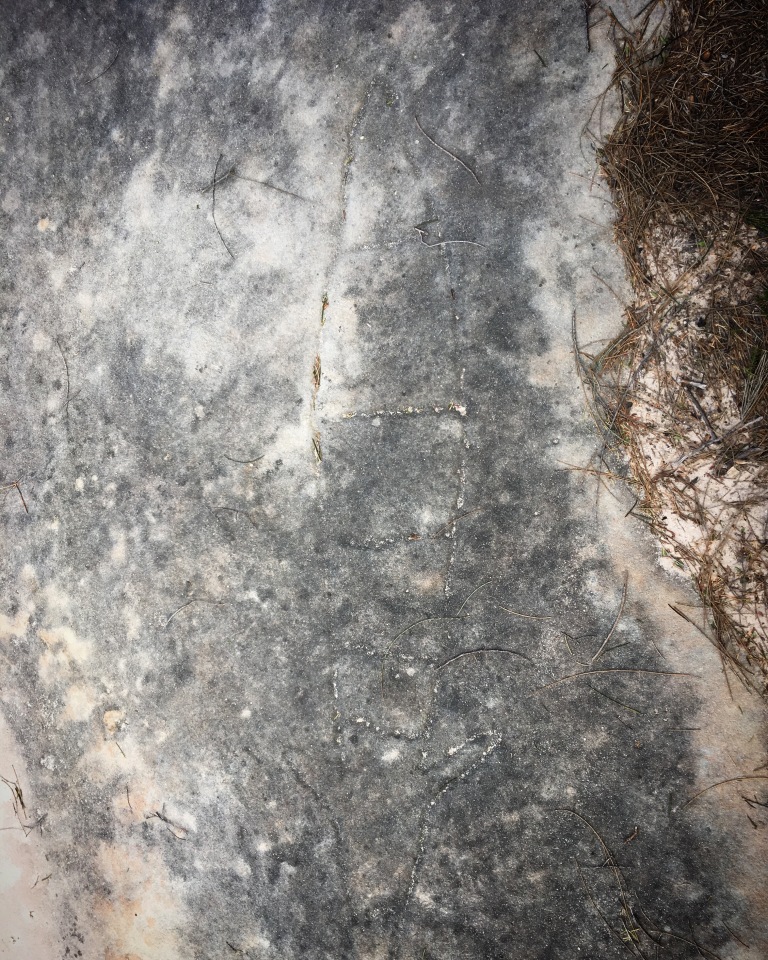 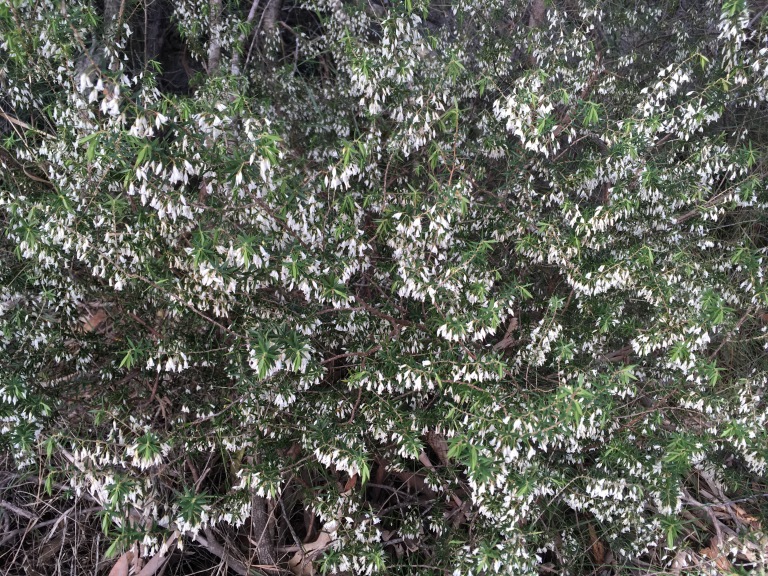 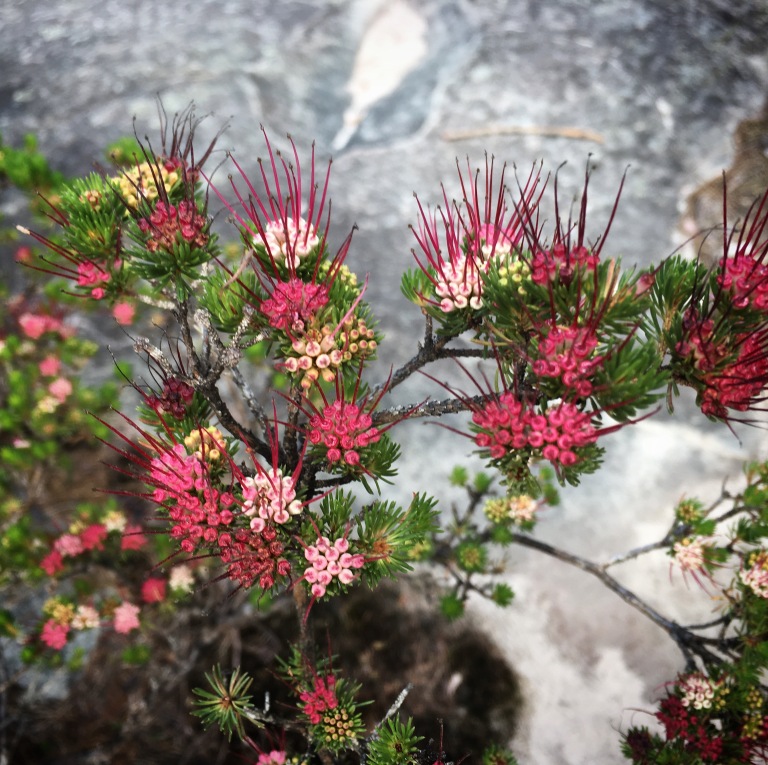 We could have carried on to the headland for more views over the ocean but decided to turn around as the kids were starting to tire. We took a brief detour for a climb up some rocks for a lovely view! 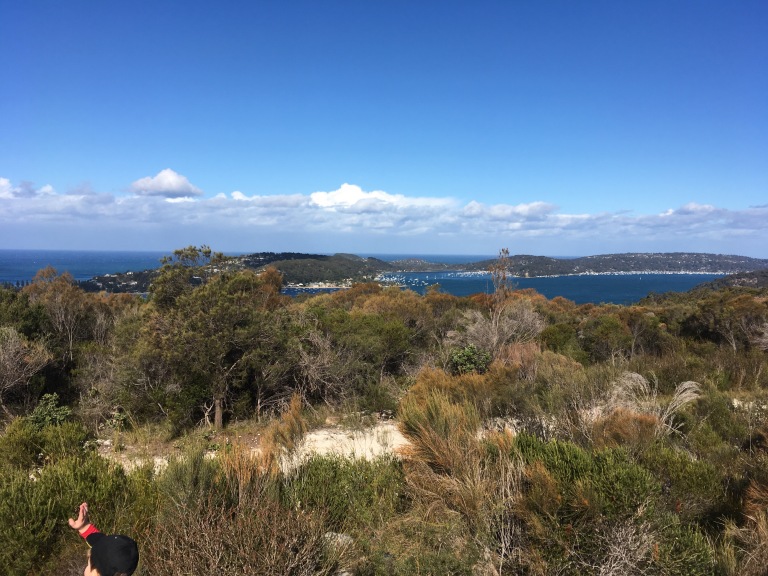 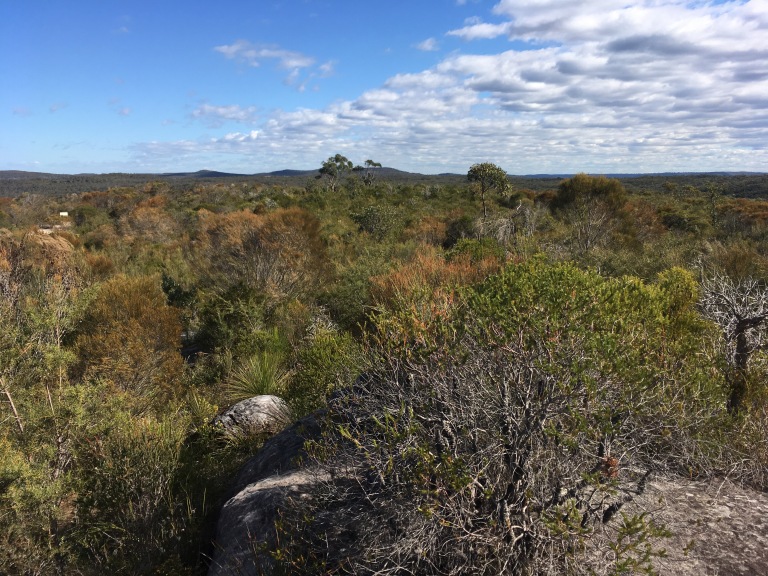 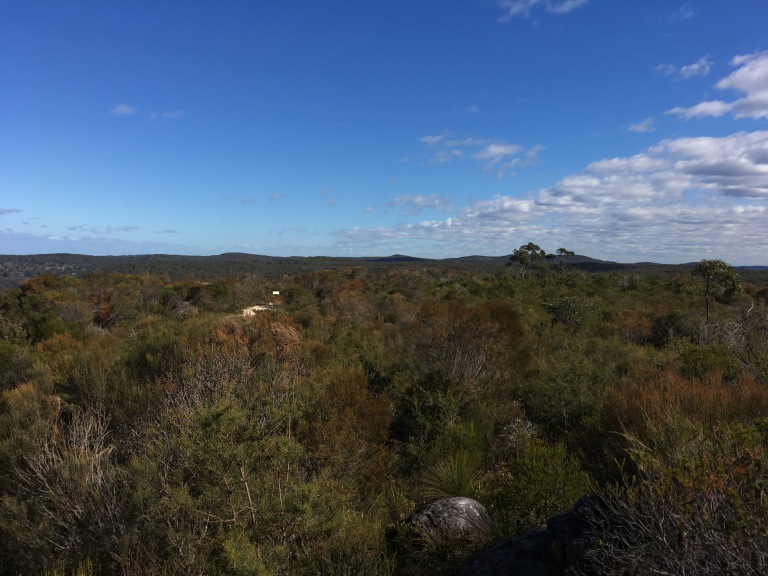 Then, finally we headed back to the car for the drive home. It was a lovely little micro adventure. There were so many tracks in the area that I know I will be back for some solo exploration!